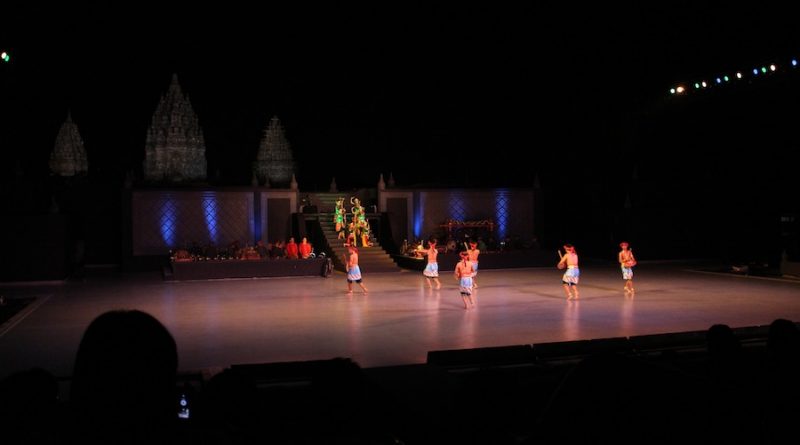 Ramayana is an epic story that perform regularly in Prambanan Temple Yogyakarta. This first show was performed since 1961 and become a world famous show that people must see during their trip in Yogyakarta. Having a 2 hours magnificent show set up in front of the Prambanan Temple is the best decision that you have to made so before the show begin, lets consider to read the summary or synopsis about Ramayana.

And the story begin…

Rama, known as a prince of Ayodya is wandering to find wisdom together with his wife Shinta and his brother Leksmana. While they crossing by the Dandakan Forest, there is an evil known as Rahwana who falling in love with Shinta and want to bring her to Alengka and propose Shinta as his wife. To bring Shinta to Alengka, Rahwana ask his slave named Marica to transform his self to be a golden deer than show off in front of her to make her interesting. The beauty of the deer definitely give attention to Shinta than she asked Rama to catch the deer. While hunt the deer Rama suddenly transform into a giant evil than they got fight each other till Marica die after Rama’s arrows hit his body. Rama goes so long and Shinta feel so worry about him, so she asked Leksmana to looking for him. Leaving Shinta alone in the middle of jungle will be so dangerous so before he leaves Leksmana create a magic circle to protect Shinta from any enemies. When Rahwana knows that Rama and Leksmana leave Shinta alone so he just want to kidnapping her but his effort always failed cause of the magic circle protection. What Rahwana did to interact Shinta is transform his body to be an old Brahmana (a wise look old man) and ask Shinta to give him a donation and once Shinta move out from the circle tha magic is gone so Rahwana can catch Shinta and bring her to Alengka, his kingdom.

In other place Rama has just won from his fight with Marica than he see Leksmana running towards him and finally he knows that his wife so worry cause he leave her so long. so Leksmana ask Rama to come back soon to meet Shinta.

On the way back to Alengka, Rahwana who bring Shinta meet Jatayu, a strong Garuda than this bird try to fight Rahwana to save Shinta who known as Prabu Janaka’s daughter, his best friend, Jatayu lost and he got injuries in all of his body.

When Rama and Leksmana arrive, they just so shock knowing that Shinta is not there anymore even the magic circle is empty. Both of this warrior just looking Shinta everywhere till a place where Jatayu dying, founding this super Garuda dying is unbelievable than Jatayu told that he found Rahwana kidnapping Shinta and bring her to Alengka, not so long after it Jatayu was die peacefully. Rama was so sad finding his friend die cause of his enemy than he found a white monkey named Hanoman just walking towards him and Leksmana. This monkey warrior is asked by his master Sugriwa looking for 2 great warrior that can help him to fight Subali (Sugriwa’s brother) who has more power than him. Sugriwa was so mad with his brother cause he took Sugriwa’s soulmate named Dewi Tara and propose her to be his wife. Finally, Rama accept Hanoman’s wish to help Sugriwa.

Subali, Dewi Tara, and Anggada has just meet each other and being surprise when Sugriwa comes together with Rama and Leksmana. They fight till and cause of Rama’s help Subali has died and Sugriwa can took back her wife. Following this combat, Sugriwa feel so happy and want to say thank you to Rama and he knows as well Rama still looking for his wife who being kidnap by Rahwana. Sugriwa ask Hanoman to help Rama to find Shinta than this monkey warrior goes to Alengka.

In Alengka, Trijata, Rahwana’s nephew dancing to make Shinta feel comfort in his uncle’s kingdom than Rahwana come through her and propose Shinta to be his wife, for sure his offer has been rejected by Shinta and her decision make this giant evil angry. Suddenly Hanoman comes and found Shinta, Hanoman show Rama’s ring as a proof that his coming is being asked by Rama. Seeing Shinta cry and deep sad Hanoman was so mad and he goes to destroy all of the Alengka’s kingdom than Indrajid, son of Rahwana come so there is a big fight between Indrajid and Hanoman. Indrajid was so strong so he can defeat Hanoman easily and he took this monkey warrior to his Dad. Founding his kingdon chaos and all of the lovely garden destroyed by Hanoman, than Rahwana give Hanoman a death penalty by burning his body a live. As a super monkey warrior Hanoman can’t be burn, he still a live when the fire come through his body, than Hanoman took the fire to burn all of the rest of Alengka’s kingdom.

Rama was so happy when he knows Hanoman already arrive in Alengka than Rama plan to go to Alengka to help Hanoman and took his wife back. He ask all the monkey warrior to help him make a bridge crossing by the ocean to go to Alengka so he asked Anggodo, Anila, and Jembawana to lead the troopers. A thousand monkey warrior has come to Alengka and fight with Rahwana’s troop, in this war all of Rahwana’s troop and also Indrajid were killed by Rama and the monkey warriors than till the last enemy that has to be fight, and it is Rahwana. A real big war has just happen between Rama and Rahwana, they fighting each other using their magic and super power to win the battle, finally Rahwana also killed by Rama’s arrow and Hanoman keep Rahwana’s dead body under the Mount Sumawan so nobody can find.

Following the death of Rahwana, Shinta was really happy and want to meet his lovely husband but Rama rejected her because he think Shinta already lose her purity after become a Rahwana’s prisoner. To make sure Shinta’s purity, Rama asked his wife to burn her body and Shinta accept Rama’s wish. By the help of God of Fire and also the purity of Shinta, no fire can’t burn her body. Rama was so happy to see the fact and he accepting Shinta’s love than this couple live together in peace.

This love story always give an inspiration to many people in this world till become a periodic show in Prambanan Temple. In some special condition you might be see the Ramayana Ballet which is performed by dancer from across the world. So it’s time for you to see the LIVE show of Ramayana Ballet, once you want to buy the ticket online and make sure you got the seat you can buy through the Ramayana Ballet ticket here!

Professional wedding photographer and blogger since 2010 who put a concern to write a story about photography, traveling, culinary, and hospitality services